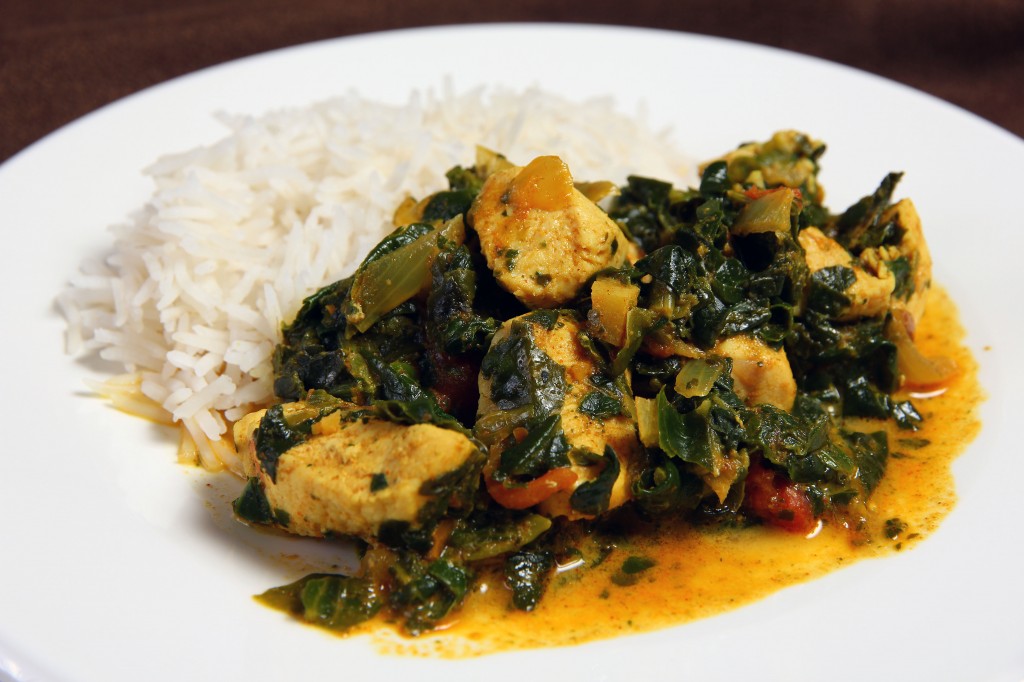 You probably have a few favorite dishes that get cooked a lot more often than others. Let me promise you, that this Indian spiced chicken with spinach will become one of your family’s most beloved dishes in an instant. This is the second time in one week that I cooked it for dinner. My kids were bagging me.

The Indian spice mixture flavors this dish in a very rich, not spicy way. I liked the addition of the spinach a lot. This Indian spiced Chicken dish is assembled very quickly. You can also prepare the sauce ahead and simmer the chicken in it just before serving. This Indian spiced chicken with spinach is a  perfect weeknight dinner that your whole family will devour. 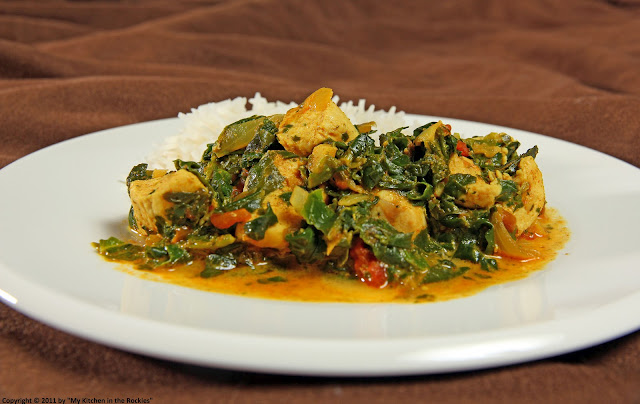 Ooooh 3 of my favorite foods: chicken, spinach, and anything Indian :o) That looks very tasty. Will have to try it!

Is there a Savory Spice in the Springs yet? Try their cumin and curry powders and you'll be absolutely hooked. Cheers!

Mmm! That DOES look delicious. Thanks for posting it!

I wonder if I could substitute the cream for yoghurt? Or evaporated milk? It looks so delicious! Plus spinach is a favourite of at our home.

This looks delicious! I'm always looking for a new chicken dish! Thank you for sharing! Have a great week!

I love the flavors in this!! Indian food is so stinkin' good! The sauce looks so tasty 🙂

Wow, this looks good! I think that I would have to cook more rice, for seconds with the delicious curry. I love Indian food!

I adore Indian food so this will certainly be on my favorites list. I'm so impressed that your children love the spinach and tomatoes. Can I send my son to your house to hang out with them?

I can almost smell this! Looks wonderful and flavors we love. If your kids keep asking for it, it must be extra special. Thanks for sharing. Susan

Next post: Spicy Pizza with Gorgonzola, Caramalized Onions and Almonds