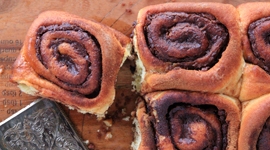 Recipes I like is the name of one of my boards on Pinterest. This board is my collection of tasty recipes I am planning to try sooner or later. Nutella buns (rolls) with pecans and cinnamon, originally shared by Saveur magazine, have been saved there for a while and were up to be baked […] 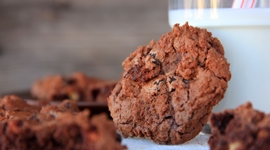 Due to severe lack of dessert in the house, my daughter decided to bake these chocolate pecan brownie cookies. In short, they are amazing. Chocolatey, salty, crunchy,and buttery (as Mr. Rockies puts it), these cookies will thwart even the most determined dieter. It would be hard to resist this kind of chocolatey goodness. However, […]