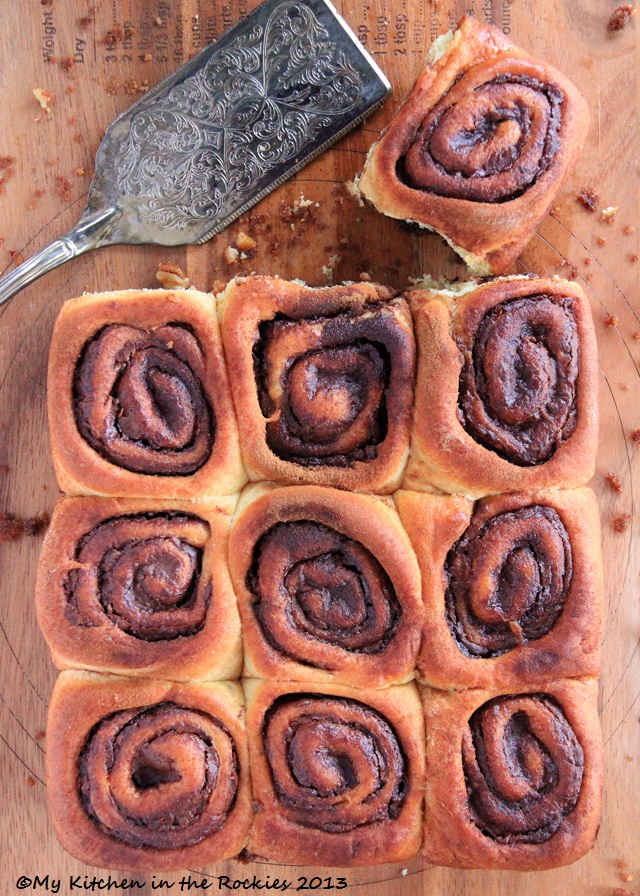 Recipes I like is the name of one of my boards on Pinterest. This board is my collection of tasty recipes I am planning to try sooner or later. Nutella buns (rolls) with pecans and cinnamon, originally shared by Saveur magazine, have been saved there for a while and were up to be baked last week.

We are huge Nutella fans at our house and there is usually an extra jar to be found in my pantry.  Nutella buns (rolls) with pecan and cinnamon sounded like a treat we all would enjoy. The rolls came out very light and I liked the recipe’s combination of the crunchy brown butter pecan mixture with the soft Nutella spread filled roll. Thumbs up from all the fellow taste tasters in my kitchen! 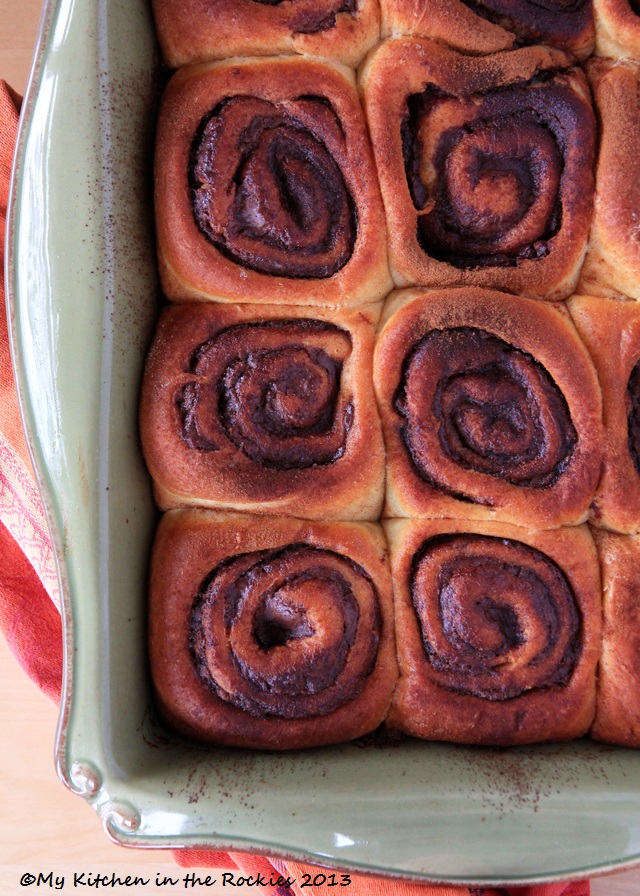 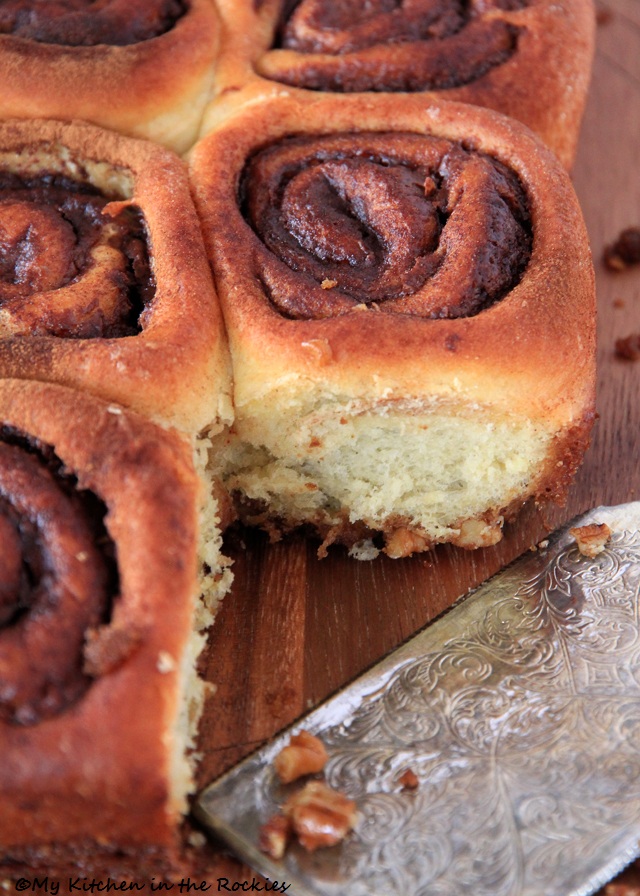 I love your cake server! Is it an antique? Now, those rolls look absolutely amazing and what an inspirational addition of Nutella! These would be wonderful on a cold morning, XOXO

Susan, I found the cake server at a thrift store. It looks used and old (I cleaned it).

These are almost too decadent to bear—I have to veer way around the Cinnabon counter at the mall for fear of losing my self control entirely. Add Nutella into the mix and I’m a gonner!!

I know Susan. Nutella is the worst!!